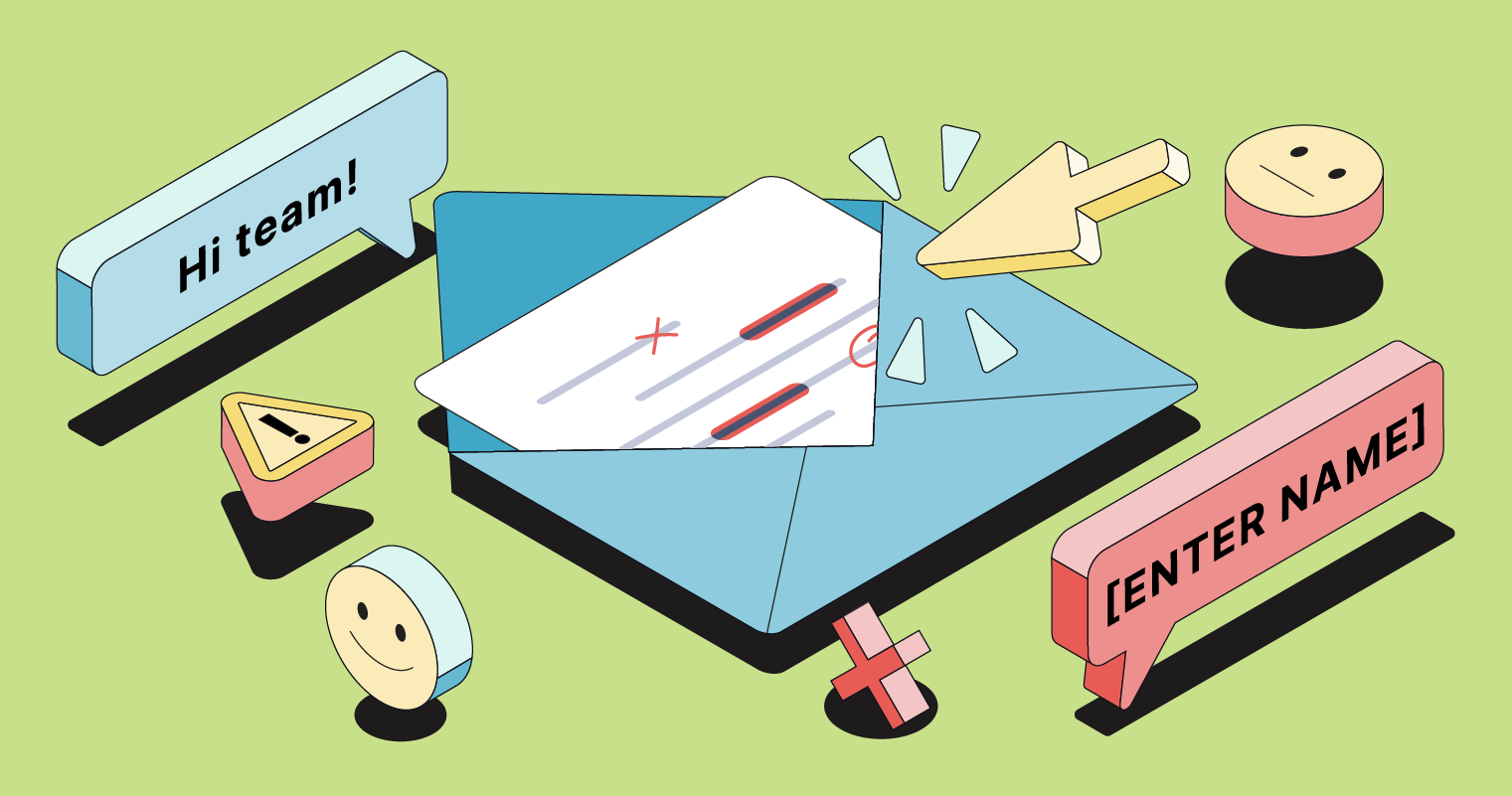 Have you ever hit send on an email and immediately regretted it? Were you frustrated that your chance to “undo” came and went before you could react? We’ve all been there.

According to Loom.com, the average office worker sends dozens of emails a day—excluding personal emails. When you’re relying on email that much, you’re bound to make a mistake once in a while.

If you’re anything like the many workers who overthink the emails and messages they send, read on to ease your mind. We’re exploring the most common email mistakes and how you can recover from them.

Is it Rachel or Rachael? Jonathan, Jon, or John? We all have spelling biases based on the people we grew up around. Misspelling a name will happen from time to time! This is a prevalent mistake with last names.

Misspelling a name might offend some people, but it’s one of the less intense mistakes you could make.

Send a quick email acknowledging your mistake and spelling their name correctly. Let them know you respect them and want to ensure you get it right. Try using this guide to start your email off on the right foot.

We all love autosuggest—that is, until it suggests the wrong person, and you don’t notice until after you’ve hit send. You think you’re sending an email to Joe Schmo, but it went to Joe DiMaggio instead! OK, you’re probably not emailing Joe DiMaggio, but you get the idea.

Well, the seriousness of the issue depends on what you’ve sent. Sending your email to the wrong person is typically an innocuous mistake, as long as the email wasn’t confidential or didn’t involve personal or private information.

Simply send a follow-up email to let the recipient know the email wasn’t meant for them. If it was a harmless email or irrelevant to them, the recipient will probably be confused and either delete the email or respond to let you know they’re confused. If the email was confidential, you might want to speak to the relevant parties to let them know about your mistake.

Spelling, punctuation, and grammar mistakes are among the most common mistakes in emails. Mistakes like these can diminish trust in your professionalism and knowledge. The good news is that these are easily prevented.

This issue isn’t severe. Sure, it’s not great for your reputation, but you probably didn’t offend anyone with errors like these.

You can’t take back the email. The best thing to do is hope your recipient didn’t notice and prevent mistakes like these in the future. You can avoid grammatical mistakes by giving your email a thorough read before sending it. You can even read it aloud to catch issues your eyes skip over. Another way to prevent mistakes is by using software such as Grammarly to automatically check all your emails before sending them.

Your message or reply was passive-aggressive. Passive-aggressive messages are often unclear and unnecessary, and they can come across as mean. Maybe you sent it accidentally. Or perhaps a fit of rage propelled you to send a message. Whatever the reason, it’s vital to acknowledge your mistake. They’re going to see your email either way.

Before you could finish your email, you accidentally hit send. Oops! Maybe your draft email was half-written, unedited, or full of emotions you didn’t intend to share.

It depends on which type of unfinished draft you sent. If it was incomplete or unedited, you might be fine! However, if it was an angry email you didn’t mean to send, brace yourself.

If you simply sent an incomplete email, don’t panic. Send the complete email with an explanation at the top—“Oops, here’s the rest of that email”—and you should be OK. If it was an emotion-filled email, though, you might not be able to recover as easily. You should apologize, and you might even want to take your apology offline and do it in person or over the phone.

That awkward moment when you put someone on blast in a massive email chain when you were just trying to vent to your work bestie. There’s nothing worse than everyone on your team seeing your bad behavior on display.

The seriousness of the email depends on what your reply was. If it was a snarky or rude message, this could lead to action from your manager. It might result in only a meeting, but it could reduce future opportunities or harm your reputation.

An immediate apology is the best way to recover from an accidental reply-all. Whether you share this apology with the whole email chain or just the person you called out is up to you. But you might also need to speak with your teammates, boss, or other people you work with regularly to maintain those relationships.

7
The kind you can’t recover from

You sent a half-written email to a potential employer. You forwarded an annoying customer email but forgot to remove them from the send list. Perhaps you sent an insulting email to a manager. Or maybe you went on a rampage about an editor you didn’t like and sent it to your publisher by accident.

There are some email mistakes you can’t recover from. At this point, it’s best to let the potential job go, apologize to your manager for unprofessional behavior, and let the chips fall where they may.

Everyone’s made an email mistake, from CEOs to administrative assistants. It’s part of working life. But mistakes come in a range of seriousness. Plus, what may strike fear in a sender often turns out to be a relatively innocuous mistake to the recipient.

How do you recover from email mistakes? Typically, by addressing them and clearing up any issues before they have a chance to arise.