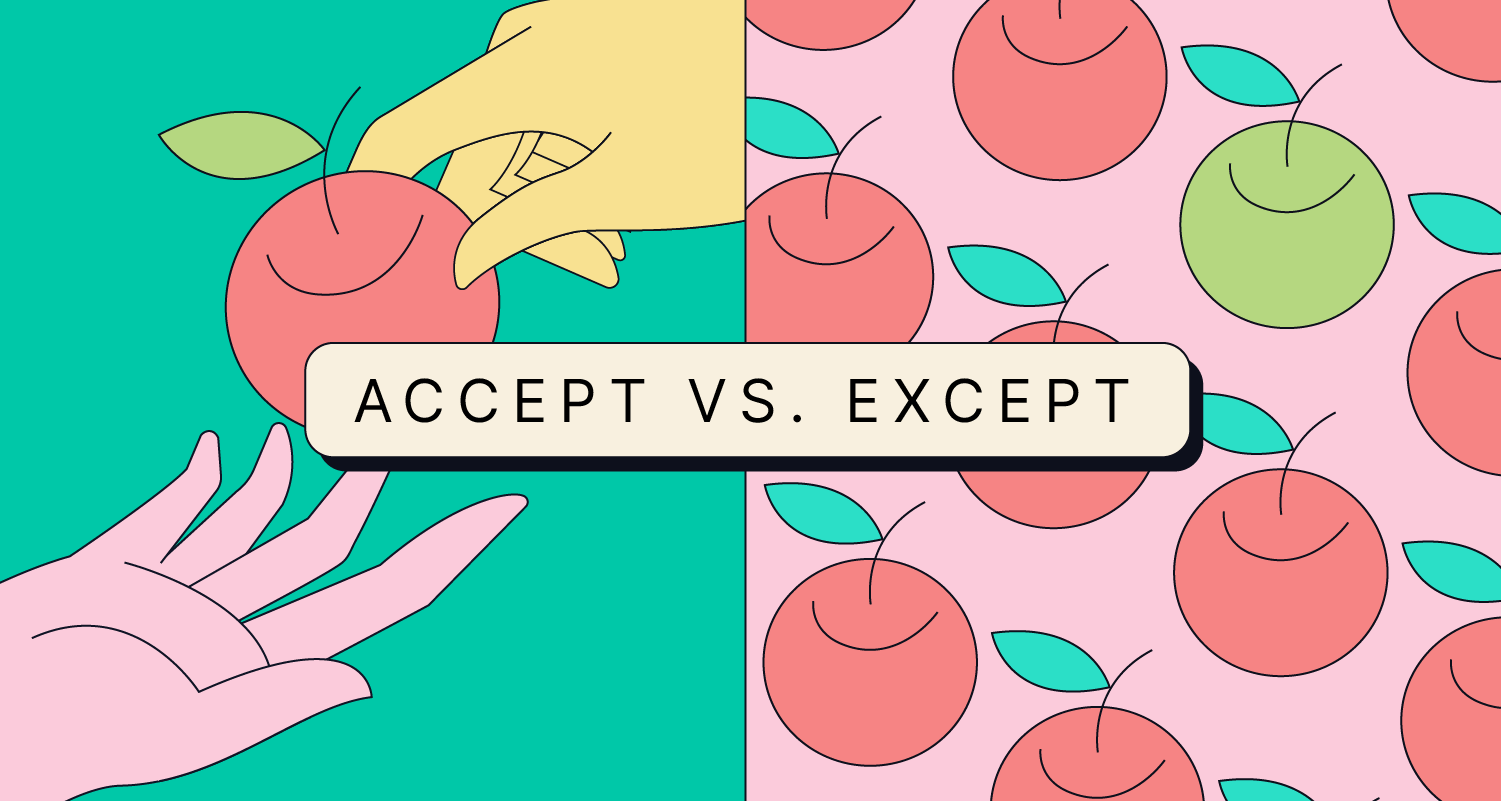 The English language has many words that are spelled or pronounced similarly. Accept and except are on the list of commonly confused words that have two very different meanings.

Below, we’ll learn their definitions and explain how to use accept and except in a sentence, to ensure you’re using the correct word in the right context.

What does accept mean?

The word accept is defined as readily receiving or taking something that’s offered. It can also be used to express approval or recognition.

In a sentence, accept is used as a verb. The opposite of accept is to refuse or reject.

What does except mean?

Except introduces a subject or context that’s being excluded, or that represents an exception to a claim.

It’s also frequently used before conjunction words, such as if, that, or when, followed by an adverbial phrase or clause. It can also be used in the prepositional phrase except for when describing an exclusion from a sentence that includes words like all, everything, or nothing.

When to use accept vs. except

Understanding when to use accept and except in your writing ensures that you’re getting your point across clearly and correctly.

If your goal is to have your subject voluntarily receive something—whether an object or an outcome, using the verb accept is appropriate.

Except is used in a sentence when describing an element or noun that is not included.

Accept vs. except examples

Below are examples of how to use accept and except in a sentence.

Accept vs. except FAQs

What does accept mean?

Accept means to agree or to receive something offered.

What does except mean?

Except means excluding or with the exception of.

When do I use accept vs. except?

Use accept when intending to show an action (a verb) in your writing. Use except as a preposition or conjunction to express an exclusion.