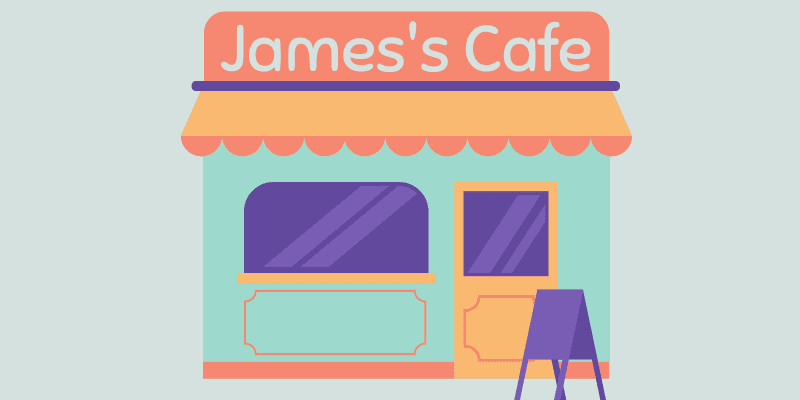 Many English writers get confused about showing the possessive form of Chris, Alexis, Travis, and other names ending in S.

I’ll show you how to deal with apostrophes with names ending in S. Learn how to create the possessive form of proper nouns ending in S, from biblical names to family names.

Possessives of Names Ending in S

To show the possessive form for a person’s name ending in S, you either add an apostrophe and S (‘s) or just an apostrophe (‘). The rule depends on the house style manual you’re following.

For example, Jones can be Jones’ or Jones’s. James can be James’ or James’s.

Other formal writing style guides only recommend adding an apostrophe after singular nouns ending in S, specifically proper nouns. This structure is also more common in informal writing or a hip style of texting.

Some writers base these apostrophe rules on the additional s sound. The pronunciation-based rule is one of the extra rules when showing possession. It states we only add apostrophes and S if we pronounce the possessive form with an extra s sound.

For instance, we say Jesus’ name because we pronounce it as [jee-zus] name instead of [jee-zus-iz] name.

The rules for proper nouns ending in S vary. According to the Chicago Manual of Style and other formal styles, you can add apostrophe and S (‘s) if the S is silent and unpronounced.

However, the APA Publication Manual and the AP Stylebook recommend the opposite for the possessive form. They suggest only adding an apostrophe without the additional letter S for names ending in silent S.

We rarely use the singular forms of last names when showing their possessive form.

Instead, we pluralize family names to indicate that the speaker is referring to more than one person. After adding S or ES (like the Smiths or Harrises), you should only add an apostrophe without another S. Here are some helpful examples:

However, if the noun is singular, you can add an apostrophe and S.

Possessives of Names That End in X or Z

Possessives of names that end in X or Z use an apostrophe and S regardless of the syllable pronounced. It’s the rule that the Chicago Manual of Style and AP Stylebook recommend.

Possessives of Biblical and Classical Names

The possessive form of famous biblical and historical names may depend on the number of syllables. If the name only has one syllable, you can add an apostrophe and S (‘s). But if it has an extra syllable or two, add an apostrophe.

However, the MLA Handbook and Chicago now disregard these rules in writing. According to them, it’s acceptable to add an apostrophe S (‘s) for these possessive forms as long as they’re singular.

That means Jesus’s disciples is as accurate as Jesus’ disciples, depending on your fallback style guide. You can also avoid the possessive nature style if it keeps confusing you. For instance, you can say the disciples of Jesus instead.

Compound nouns ending in S only use an apostrophe.

Is it Alexis’s or Alexis’?

Both Alexis’s and Alexis’ are correct, but not Alexi’s.

Is it Lewis’s or Lewis’?

Lewis’s and Lewis’ are correct, but not Lewi’s or Lewis.

Is it Thomas’s or Thomas’?

Both Thomas’s and Thomas’ are correct, depending on your style guide.

Is it Jones’s or Jones’

Both Jones’ and Jones’s are acceptable for a singular proper name as in Nick Jones’s picture or Nick Jones’ picture. But if you are referring to an entire family, we can say the Joneses’ pictures.

Is it Williams’s or Williams’?

Pluralized last names show possession with only an apostrophe. That means Williams’ is more accurate.

Is it Rogers’s or Rogers?

Possessives of names like Rogers depend on their pronunciation in writing, first name or a family name, and other rules. If it’s a last name, Rogers’ is more accurate. If it’s a name that refers to a club of people called Roger, Rogers’s is better.

Is it Peters’ or Peters’s

What is the Possessive Form of Chris?

The house rule provided by Chicago, MLA, and APA is to add an apostrophe and S after Chris to make it Chris’s. But Chris’ is also acceptable.

Which is Correct, Lucas, Lucas’s, or Lucas’?

The possessive apostrophe rule for proper names like Lucas depends on the style guide you’re following. Both Lucas’s and Lucas’ are acceptable.

Which is Correct, Jesus’ or Jesus’s?

The most common grammatical rule is to only add apostrophes for names ending in S. But both Jesus’ and Jesus’s are acceptable depending on the style guide you’re following.

Summary of Possessives of Names Ending in S

The conflicting schools of thought about apostrophes with names ending in S shouldn’t be confusing people. Here are three rules to remember.