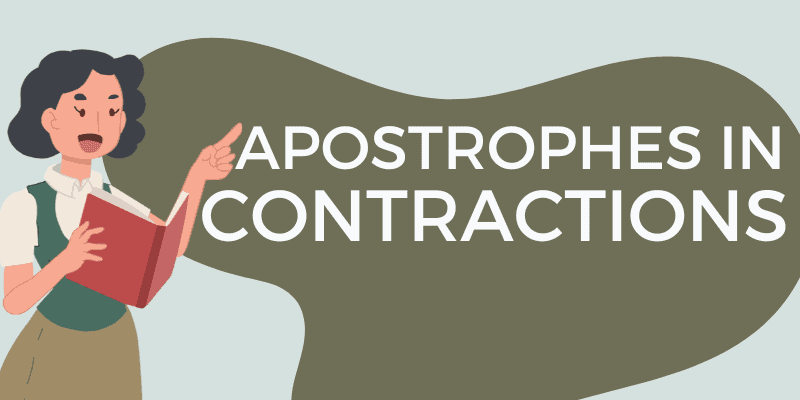 When I talk about contractions in class, I’m often met with blank stares. But what my students don’t realize is that they use them all the time! Popular in informal speech and writing, contractions are part of our everyday speech; we just don’t name them as such.

Contractions are simply a contracted form for two or more words combined to create one word. An apostrophe is required to indicate the removal of a letter and follows some very specific rules.

Let’s look at a brief guide to help you keep these rules organized, and then you can test your knowledge with our skills check worksheet.

What is a Contraction?

The literal definition of contraction means “the act or process of making something smaller or of becoming smaller.”

In the English language, contraction is the name given to the combining of two or more words into one using a shortened version of each word. An apostrophe is usually required to indicate the location of the missing letters to form the contraction.

Most contractions are avoided in formal writing and speaking scenarios. Their use can indicate informality and may present a tone you didn’t plan on adding to your text.

When you do use them, try not to use them too often. Their overuse can lead to a choppy, interrupted flow of writing.

Verbs are the most commonly contracted form in speech and writing. Look at these common verb contractions to recognize how often you may use them in your own text.

Also, there is one irregular contraction that changes letters as well as dropping them: will not becomes won’t.

Pronouns and Nouns With Be Verbs

When abbreviating years, use an apostrophe to indicate where a number is left out. Be sure to consider the context of the date you are referencing to avoid confusing your readers about which century you are indicating.

Usually, abbreviating years is only used in relation to the last 100 years, so it is essential to provide context clues in your writing to clarify for your readers.

O, D, and L are often seen followed by an apostrophe when placed before certain words. These letters are representative of the words “of the” and “the” in several different languages, and the apostrophe signifies the missing letters. They are most often used with surnames to indicate “the family of.”

Apostrophes are used in a written dialog to help convey accents or speech patterns. Although informal, contractions of various words are found in all languages and are generally created through the removal of certain vowels and/or consonants. An apostrophe indicates the removal of a letter.

What Else Can an Apostrophe Do?

The possessive apostrophe is also a well-known punctuation mark used to create possession. Its use indicates ownership of an item and should never be confused with apostrophes for contractions.

Apostrophes are often used to replace missing letters when forming contractions. They are more commonly used in informal writing and speaking scenarios, although they are acceptable in formal settings when used appropriately.

As with any punctuation, the overuse of contractions can reduce the effectiveness and impact, so watch your use to avoid this issue.