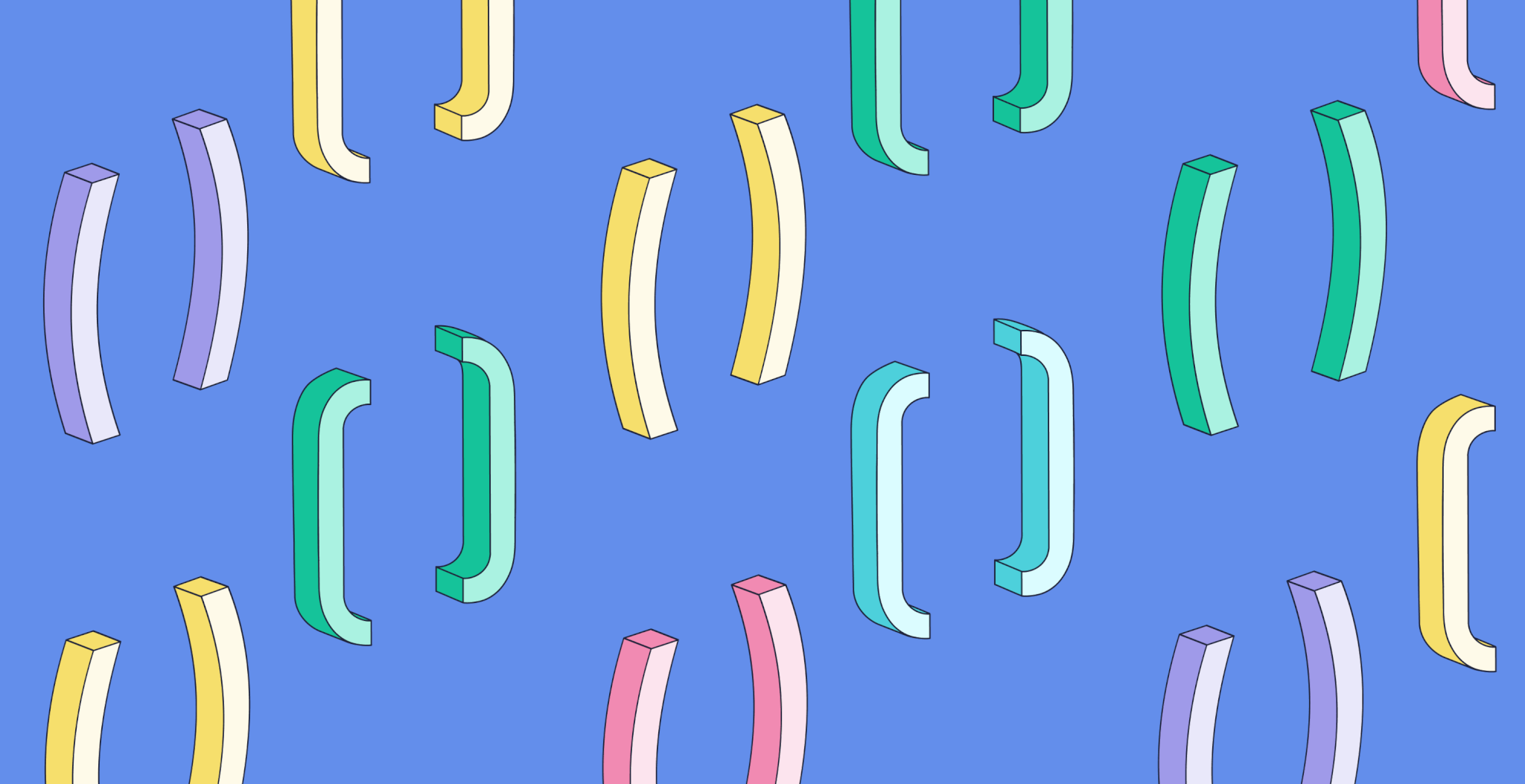 A common point of confusion in English is when to use parentheses vs. brackets—or, as they’re known in British English, round brackets vs. square brackets. So below, we explain the difference between brackets and parentheses.

When to use parentheses

Parentheses are punctuation marks used to set aside tangential or unnecessary information. They’re typically used for complementary explanations or personal commentary from the author, as well as for defining acronyms.

Aside from their use in grammar, parentheses are also used for in-text citations in the APA, Chicago, and MLA formats. Additionally, if you want to show that a word can be either singular or plural, you can put an s in parentheses at the end of it.

A common grammar question people ask is, “How do you spell parentheses?” The answer depends on whether the word is singular or plural.

Parentheses are used to add extra information that isn’t necessary but is still helpful.

Marilyn Monroe (born Norma Jeane Mortenson) was as iconic as her life was tragic.

There was political pushback during the initial proposal of NAFTA (North American Free Trade Agreement).

The European Space Agency (ESA) has its headquarters in Paris.

Less commonly, an author of a text may use parentheses to add personal commentary, as if speaking directly to the reader.

The newly elected CEO said that things will be different this time. (Isn’t that what they all say?)

In special situations where a word can be either singular or plural, add an s in parentheses at the end of the word.

Any question(s) you have should be answered in the next chapter.

Parentheses in a sentence

Parenthetical information should not be necessary to the rest of the sentence. The number one rule for using parentheses is: If you remove the text in parentheses, the sentence should still be complete and correct.

In this example, if we remove the text in parentheses, the sentence doesn’t make any sense. What does mom want? Because want is a transitive verb, it needs a direct object outside of parentheses.

Here, if we remove the text in parentheses, the sentence still makes sense. Some details are missing, but the main idea is the same, and the sentence is grammatically correct.

By extension, this means the text in parentheses is often a sentence fragment. It also means that subject-verb agreement should ignore anything in parentheses.

When it comes to parentheses and other punctuation, there are a couple of rules to follow.

Our daughter has light brown eyes. (My wife has brown eyes, too.)

Our daughter has light brown eyes (they are round and soulful) and wavy hair.

Our daughter has light brown eyes (just like my wife).

This rule also applies to exclamation marks and question marks.

My parents had no idea I was still awake. (I was being quiet, so how could they know?)

2
Use commas after parentheses, not before.

Knowing how to use commas in your writing is important, especially when dealing with parentheses. Because parenthetical text usually relates to what’s directly before it, it shouldn’t follow a comma. However, it’s completely normal to place a comma after parentheses, without a space.

What are brackets in writing?

Brackets look similar to parentheses but have squared corners instead of curved lines. They are also used to set aside complementary information, but they serve different functions too.

Brackets in a quote

Brackets are often found inside quotations to show text added to the original quote. When referencing someone else’s work, it’s best to use only the passages that are relevant to your topic. Because of this, an important word or phrase may be missing from the passage you kept, in which case you could add the missing context in brackets.

We’ve included some examples of brackets so you can see what we mean.

[Original] “My first year at the company was full of ups and downs. I met most of my goals, but not without some concessions. All in all, I’d say it went well.”

Notice how the text in brackets was not part of the original quote but provided context to help the reader understand what was being discussed by defining the pronoun it. When using brackets, it’s important to replace the original text with words or phrases that still make the sentence grammatically correct.

If you want to show the reader you omitted part of a quotation, especially in the middle of a sentence or passage, add an ellipsis between brackets.

[Original] “If most of us remain ignorant of ourselves, it is because self-knowledge is painful and we prefer the pleasures of illusion.” —Aldous Huxley

[Abridged] “If most of us remain ignorant of ourselves, it is because [. . .] we prefer the pleasures of illusion.”

Lastly, you may have seen a strange word in brackets: [sic]. This is used in quotes to show that the original quotation included an error, which the secondary writer or editor acknowledges, but they kept it for posterity.

To use [sic], put it directly after the error; the word sic should be in italics, but the brackets should be in the same style as the rest of the sentence. For example, in An American Tragedy author Theodore Dreiser famously misspells “ships” as “chips.”

“[. . .] harmoniously abandoning themselves to the rhythm of the music—like two small chips [sic] being tossed about on a rough but friendly sea.”

Parentheses, ( ), are punctuation marks used to set aside text that’s not necessary but is still related to the topic.

Brackets, [ ], show that text has been added to a quotation. They’re generally used by writers and editors to separate the original wording from any additions.

When should you use parentheses?

Use parentheses when you want to add extra information that’s not necessary but is still helpful. Make sure that the sentence is still grammatically correct if you remove the text in parentheses.

When should you use brackets?

Use brackets to add text that is missing from or helps clarify the original quote. Brackets are mainly used to add text to quotations, so if you’re adding text to something that’s not a quote, use parentheses instead.