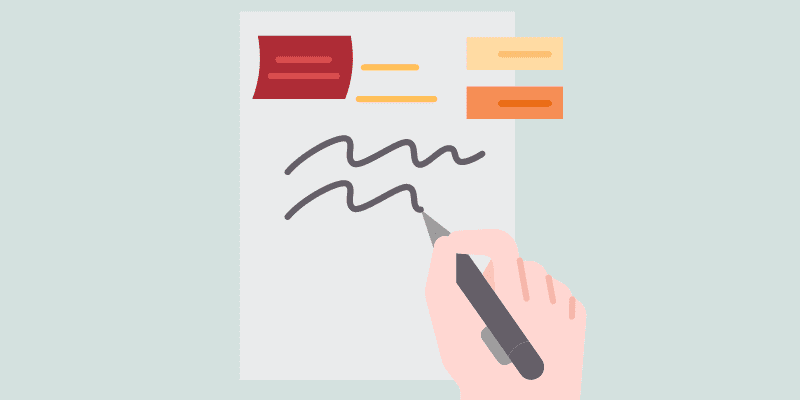 Whether you’re building houses, cooking, or writing, having a clear structure will help you reach your goal. In language, sentences also have structures.

Before mastering the different types of sentence structures, it’s essential to understand the various elements of the sentence. Mix and match these elements to form sentence variety and show the different structures.

All sentences should include a subject, which refers to the doer of the action or the one that expresses time or existence. It can be a noun or a personal pronoun, specifically a nominative pronoun. These pronouns include “I,” “he,” “she,” “it,” “they,” “we,” and “you.”

Meanwhile, a verb expresses an action, condition, or the fact that anything exists. It can be an action word or a linking verb.

(In this sentence, there are two objects. “Her” is the indirect object, which receives the direct object “food.”)

(“Rock” is the object of the preposition “on.”)

(The complete sentence is made of one independent clause, “We gave her food.”)

(“She writes” is an independent clause that contains the subject “she” and the verb “writes.”)

(“Jane left early” is an independent clause from the sentence. It can stand alone as a sentence.)

(“Because she had a fever” may be understandable, but it does not express a complete idea. It starts with the subordinating conjunction “because.”)

(This dependent clause cannot stand on its own as a sentence.)

Now that you know the elements of a sentence, it’s time to study the basic types of sentences.

(Notice the difference between this sentence and the previous sentence.)

This English sentence structure typically includes subordinating conjunction to separate the two clauses. They have “after,” “although,” “before,” “because,” “how,” “if,” “than,” “when,” etc.

A compound-complex sentence is a single sentence that has at least one dependent clause and at least two independent clauses. Complex-compound sentences require a thorough knowledge of structural principles for the readability of the writer.

You can separate these clauses with a comma so that readers will understand your statement.

What are the Rules of Sentence Structure?

Here are a few sentence structure rules to consider to help you become a more versatile writer.

Every Sentence Has at Least One Independent Clause

(These two dependent clauses do not form a complete thought. It’s a sentence fragment.)

Imperative Sentences Have “You” as an Invisible Subject

For example, “stop playing, or I will turn the music off” is a compound sentence. In the first independent clause, which shows a command, the subject is “you.”

Use Subordinating Conjunctions to Combine Independent and Dependent Clauses

An incomplete sentence may result if you join independent and dependent clauses without a conjunction.

I like the cake because it’s not too sweet.

Use Comma or Coordinating Conjunctions to Join Independent Clauses

Otherwise, you might end up with run-on sentences. A run-on sentence has two independent clauses that are misconnected. It can be a comma splice error.

Correct: Participants should leave immediately, and they don’t have to indicate their age.

Identify the type of sentence structure of each item.

Understanding the different kinds of sentences based on structure will help you become a more varied writer. Remember that English has four types of sentence structures: