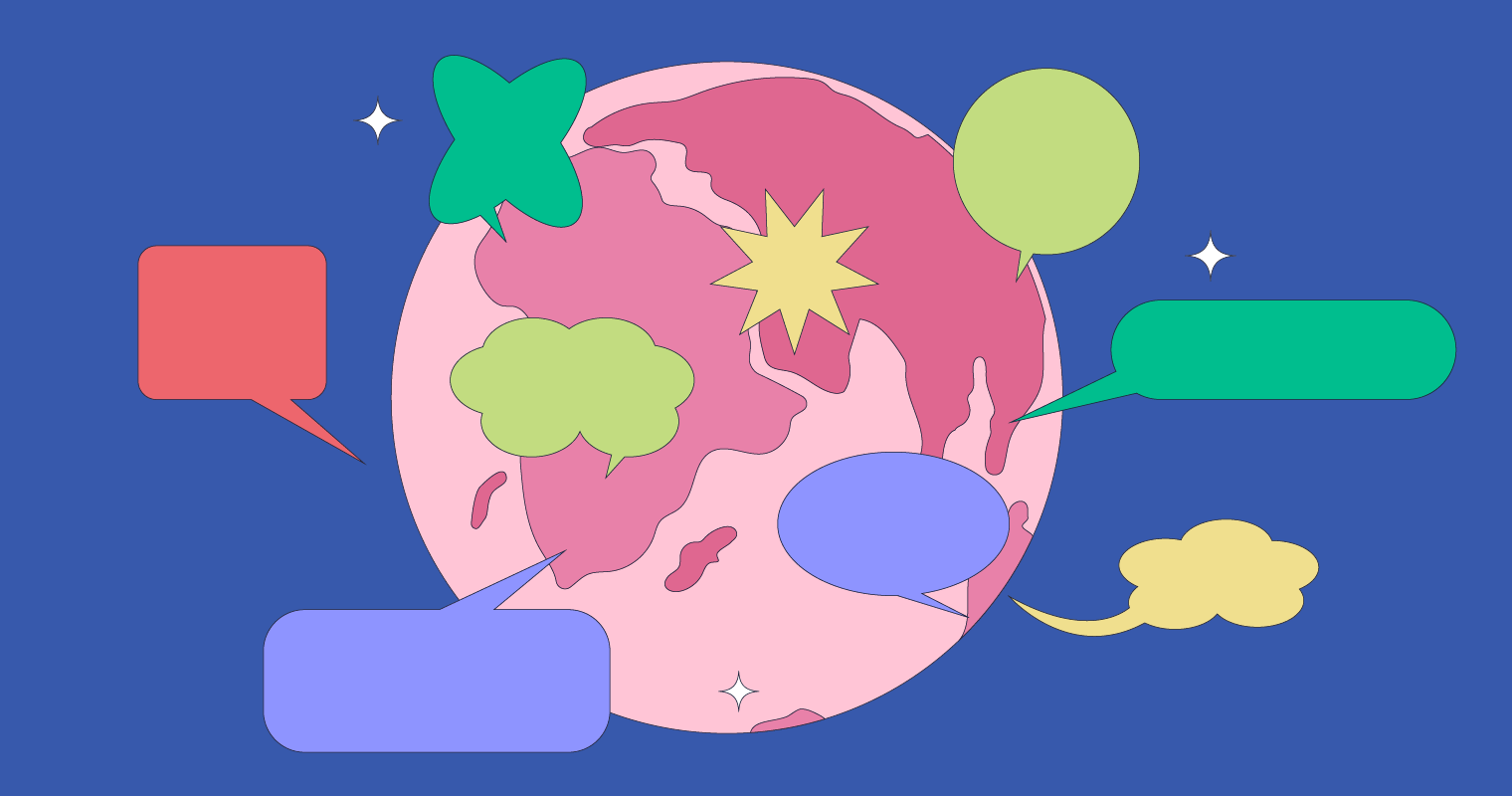 Languages are complicated. There are tons of rules and exceptions to learn, which can be tough even for a language’s primary speakers. But that’s part of what makes languages interesting: They’re often pliable, and they’re shaped by the people who actively use them. Vernacular is essentially a product of that flexibility. It’s the unique way certain groups of people use language to convey meaning in phrases that don’t always strictly conform to grammar rules.

What is the vernacular?

The word vernacular means the way people use language in a specific country or region. For instance, while English is a common language in places like the US, the UK, New Zealand, and Australia, the way that people use English is vernacular—it varies from country to country. Vernacular can also be specific to a culture, such as African American Vernacular English (AAVE).

The vernacular is also an informal way of speaking, typically used in more casual settings. For example, you might use vernacular language when talking to a friend or while running errands in your neighborhood. But it might not make it into a work presentation (depending on the work culture at your job) or a legal document.

People who aren’t familiar with a specific form of vernacular language may find many phrases or ways of speaking unfamiliar or confusing—even if the root language is their primary language. (For example, although a person might speak Spanish, they might have difficulty communicating in a small town in Mexico that has its own dialect.) However, in some cases, an outsider can decipher the meaning of a vernacular phrase based on the context in which it is used.

The vernacular has an internal logic that makes sense to those who use it, even if it isn’t apparent to others.

Note: Vernacular can also be used to talk about things other than language. For instance, vernacular architecture could refer to the typical style of local houses.

Synonyms and antonyms of vernacular

It’s a synonym because: Both colloquialism and vernacular include phrases that are recognized in specific regions and are used in casual conversation.

Dialect: A form of a language used in a specific region or by a particular social group.

It’s a synonym because: Both dialect and vernacular deal with regional-specific language use as well as language use by specific social groups.

Slang: Informal words or phrases that are often used by a specific group of people.

It’s a synonym because: Both slang and vernacular are types of language used by a select group, and both can break established grammar rules.

It’s an antonym because: Vernacular is defined as the informal language, like slang, that is used in a region or by a culture, while formal language excludes such language.

It’s an antonym because: Literary language is not typically used in everyday contexts, while vernacular language is used that way.

Uncommon: Something that is rare. In the context of language, it would include words or phrases that few, if any, people use regularly.

It’s an antonym because: Vernacular language is common among a group of people and can be heard in everyday life, while uncommon language is not.

Here are some examples from America, the UK, and Australia:

What is the definition of vernacular?

Vernacular is defined as the informal language used by a specific group of people, such as a particular region or culture.

What are some synonyms of vernacular?

Dialect, colloquialism, and slang are all synonyms for vernacular.

When is the vernacular used?

Vernacular language is used in casual settings and is a function of everyday life for those who use it.

Is the vernacular the same as language or vocabulary?