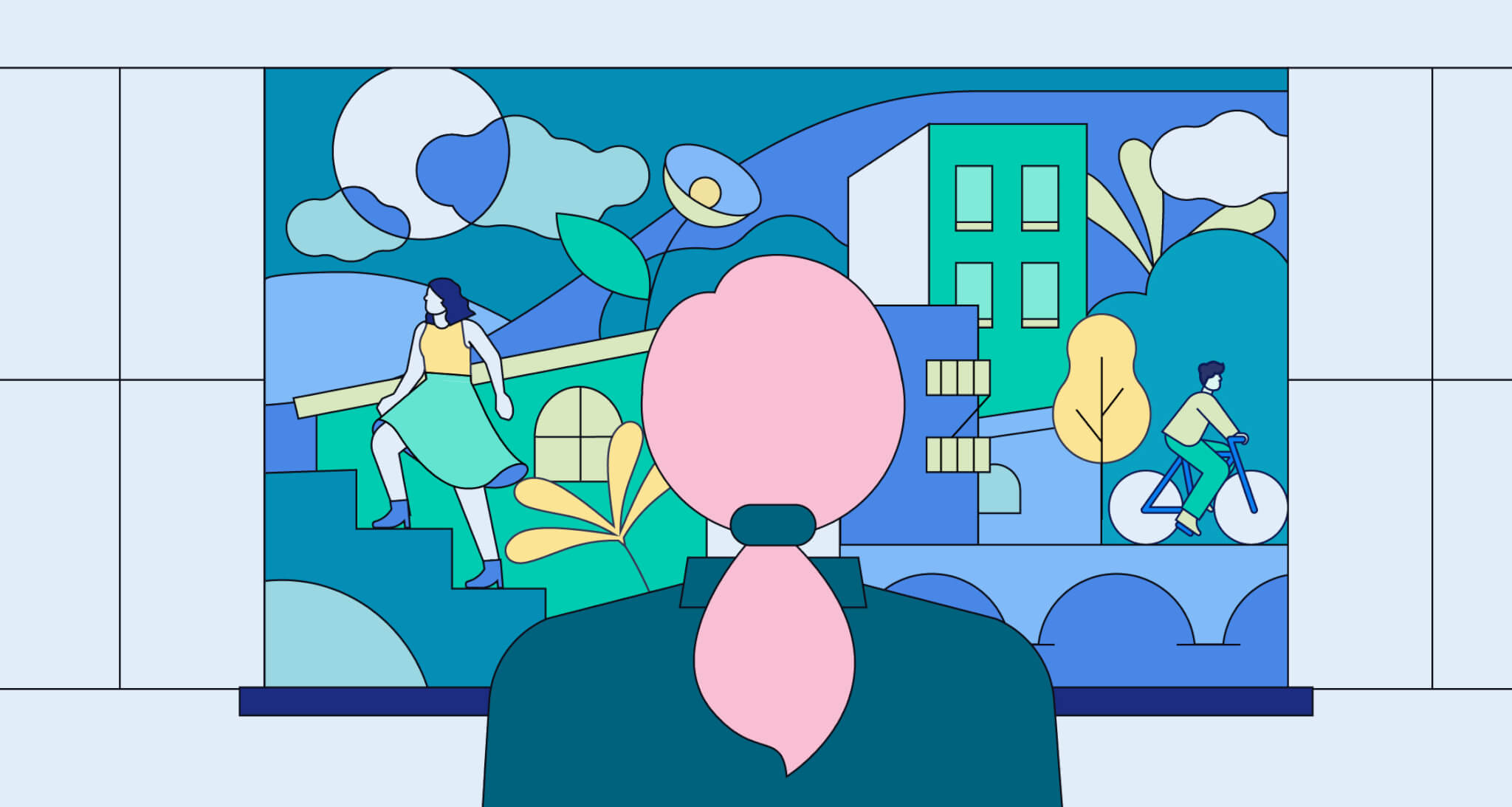 What is point of view?

Point of view is the writer’s way of deciding who is telling the story to whom. Establishing a clear point of view is important because it dictates how your reader interprets characters, events, and other important details. There are three kinds of point of view: first person, second person, and third person.

In first-person point of view, the reader accesses the story through one person. It’s like reading the main character’s diary. You will notice pronouns like I, me/my, we, us, or our in first-person writing. This limits the scope of what a reader can know about other characters, but it is truest to how we live our lives.

There are two ways to write in first person:

Why write in first person?

Why write in second person?

There are three ways to write in the third person:

Why write in third person?

How to create point of view

If you’ve always written your journal in first-person central, you’ve probably never stopped and asked yourself, Should I write this entry in first-person central? Your choice is instinctual. More often than not, the correct point of view is the one that comes most naturally. However, if you want to be more deliberate with your point of view or try a new technique, here are some things to consider:

1
Look at the genre: Are there any established points of view for the type of writing you’re doing? Read other examples to find out. Personal essays are typically written in first person, self-help books tend to take on second person, and journalism is most often written in third person. Turn to writing that you admire or want to emulate and see if you can determine what point of view it is written in.

3
Establish the point of view immediately: Don’t leave your reader hanging on for too long. A good rule of thumb is to situate your reader within the first two paragraphs.

4
Trust your gut: Like so much in writing, sometimes you just have to feel it out! If you’re unsure whether something sounds better in first or third person, try writing a portion of it both ways. Which one comes more naturally? Which one feels more forced? Often the point of view that feels better to write is the one that feels better to read.

Can you switch the point of view?

Point of view is an unspoken contract between you and your reader, so you should try and stay consistent. Changing points of view without warning would be like suddenly calling your mom by her first name—it’s a jarring experience for everyone. However, you probably wouldn’t call her office and ask to speak to “mom.” There are rare but appropriate situations where changing points of view makes sense.

One instance is when you want to create a moment of reflection for the reader. In this case, you might shift into a second-person point of view. For example, if there is a moral question at the end of an allegory, the writer can switch into the second person and ask what you, the reader, might do in this situation. This is one way you can use points of view as a literary device, which is a strategy to enhance your writing. Some authors, like Haruki Murakami and Italo Calvino, purposefully change the point of view throughout their stories as an imaginative way to enhance the reader’s experience.

Like we said, every piece of writing has a point of view. Here are some examples of points of view in literature:

“When I came back from the East last autumn I felt that I wanted the world to be in uniform and at a sort of moral attention forever; I wanted no more riotous excursions with privileged glimpses into the human heart. Only Gatsby, the man who gives his name to this book, was exempt from my reaction—Gatsby, who represented everything for which I have an unaffected scorn.”

Fitzgerald’s narrator, the “I” in the example above, is a man named Nick. Though the central character of the book is Gatsby, the reader learns Gatsby’s story through the personal perspective of a nearby narrator.

“You are about to begin reading Italo Calvino’s new novel, If on a winter’s night a traveler. Relax. Concentrate. Dispel every other thought. Let the world around you fade. Best to close the door; the TV is always on in the next room. Tell the others right away, ‘No, I don’t want to watch TV!’”

—If on a winter’s night a traveler, by Italo Calvino

Calvino was famous for his innovative writing techniques. In this example from the opening lines of his novel, Calvino is directly addressing the reader in second person, instructing them how to read his book.

“The American and the girl with him sat at a table in the shade, outside the building. It was very hot and the express from Barcelona would come in forty minutes. It stopped at this junction for two minutes and went on to Madrid.

‘What should we drink?’ the girl asked. She had taken off her hat and put it on the table.

‘Dos cervezas,’ the man said into the curtain.

‘Big ones?’ a woman asked from the doorway.

This dialogue is told from a fly-on-the-wall perspective. The narrator is not talking about themself (there is no “I”), and the reader has access to every character’s behaviors equally. It is purely observational.

What is point of view in writing?

Point of view in writing is the position the narrator speaks from. It is who is speaking to whom.

How does point of view work?

What are the different kinds of point of view?

There are three kinds of point of view: first person, second person, and third person.

When should you use point of view in writing?

Every piece of writing has a point of view. Sometimes the point of view is chosen for us by the genre we are writing in. For example, most journalism is required to be written in third person. However, there are different strengths and weaknesses to each point of view, and it is up to the writer to decide which one serves their writing best.